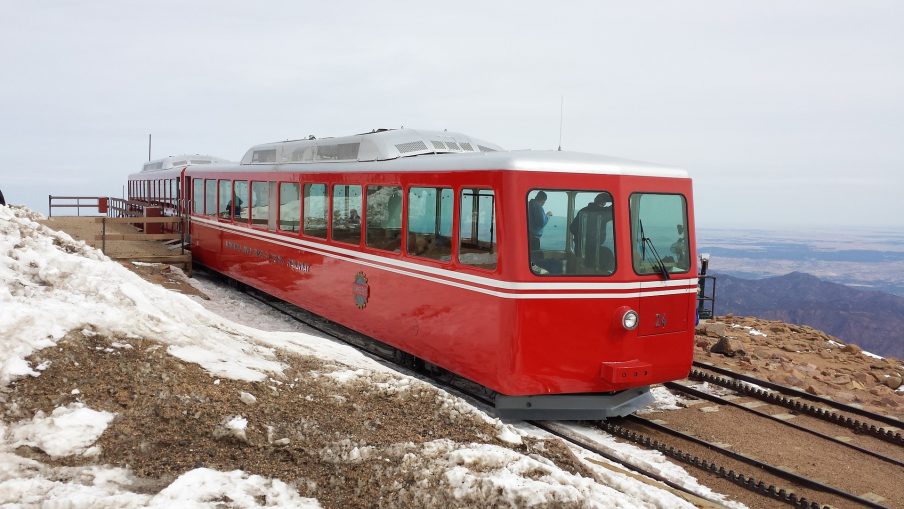 In my last blog, I talked about the nineteenth-century, narrow-gauge Georgetown Loop Rail Road in Colorado. This week, I want to expand on a theme that connects Swiss technology with another Colorado icon—the Manitou and Pikes Peak Colorado Cog Railway west of Colorado Springs. 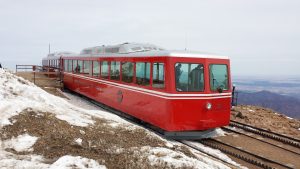 Long before the Territory of Colorado was formed in 1861 in response to the Colorado gold rush of 1859, rumors of gold had made their way throughout the continent. In 1806, those reports led an explorer, Zebulon M. Pike, to the area we know as the Pikes Peak region. Though Pike is credited with “discovering” Pikes Peak, the Ute, Cheyenne, and Arapaho nations had gathered at the foot of the mountain for centuries near the Garden of the Gods—a place of immense beauty. 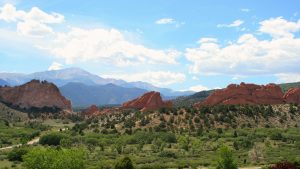 Pikes Peak Overlooking the Garden of the Gods

Colorado City (Colorado Springs) was the first settlement to be formed in the Pikes Peak region in 1859 and became a supply camp for those traveling into the mining camps high in the mountains. Like Georgetown, Colorado City experienced tremendous growth quickly. It was also the first territorial capital for a short time. The population exploded throughout the next several decades.

Fast forward thirty years, and the story of the Manitou & Pikes Peak Cog Railway begins in the late 1880s. Rumor suggests that at the time, the only way to reach Pikes Peak was two days by mule, and Zalmon Simmons, founder of the Simmons Beautyrest Mattress Company needed to check out his telegraph wires at the summit. Convinced there had to be a better, faster way for people to enjoy the scenery and get to the top and back to Manitou in a timely manner, he proposed the idea of a rail line. Construction on the railway began immediately, and in June 1891 the Manitou and Pikes Peak Railway began its first service to Pikes Peak.

The population continued to expand throughout the 1890s with a gold find on the western slope of Pikes Peak, bringing people like Katherine Lee Bates to the top of the mountain where she was inspired to write the iconic poem-turned-song, “America the Beautiful.” 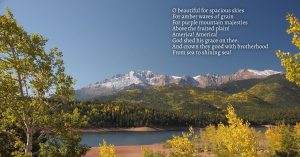 A number of changes took place in the ensuing decades. The steam-powered locomotives were replaced by gasoline and diesel in the late 1930s by the order of Spenser Penrose, owner of the Broadmoor Hotel, who bought the railway in 1925. The first diesel-electric cog locomotive developed by the General Electric Company in 1839, eliminated the use of steam engines altogether.

Fast forward once again to the 1960s. Tourism in Colorado had taken off with such a fury that bigger and better engines were required. General Electric Company no longer wanted to supply them. Enter the Swiss Locomotive Works in Winterthur, Switzerland.

Cogwheel trains had been an iconic Swiss technology since 1871 when Swiss engineer Niklaus Riggenbach built the first rack and pinion gear system to negotiate at least a four percent incline on the steep mountain landscape. It became a marvel of technology overnight. Men had even begun to claim they no longer “feared” the treacherous slopes and felt a sense of comfort and ease traveling the cogwheel train. 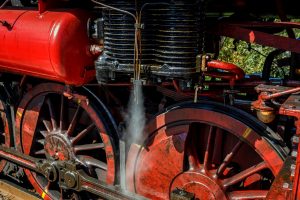 Popularity for the cogwheel trains grew throughout the Alps, leading to the construction of the Jungfrau Railway between 1898 and 1912 at an altitude of 3,454 meters or 11,332 feet. The rack and pinion technology developed by Riggenbach continues to be the most popular for being able to negotiate inclines even as steep as fifty percent. Thus, it was no surprise that the Manitou & Pikes Peak Railway turned to Martin Frick from the Swiss Locomotive Works to lead them into the modern age. 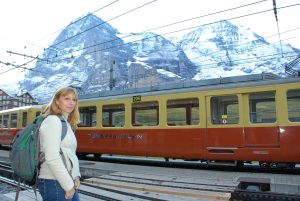 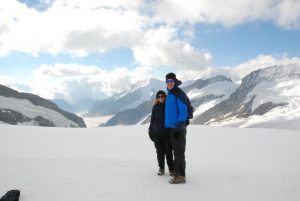 For the first time in 126 years, the Pikes Peak and Manitou Springs Railway shut down for business in 2018 to upgrade their system. They’re adding three new trains from Stadler in Switzerland, a new Strub single rail cog system, and are upgrading their depot and gift shop at a new visitor’s center. For more information about the Manitou & Pikes Peak Cog Railway, go to https://www.cograilway.com/.

For more information on the Jungfraujoch Top of Europe excursion, go to https://www.jungfrau.ch/en-gb/jungfraujoch-top-of-europe/.