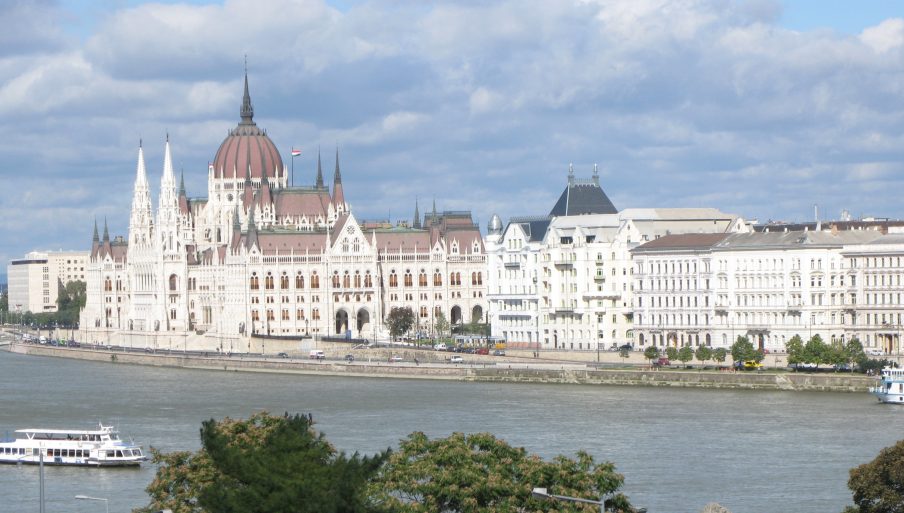 Have you ever had a strong desire to discover your roots—I mean, where you hail from, the place where your grandparents or great-grandparents once called home? It seems a lot of us have. Ancestry.com claims more than 15 million people are currently in their network, and more than 16 million have gone through their DNA analysis. Sometimes, the results are surprising, even life-changing.

From the time I was a young child, I dreamt of going to Hungary. My paternal grandparents were born and raised there and emigrated to the United States in the early 1920s. They met in Ohio, married, and a year later, my father came along. 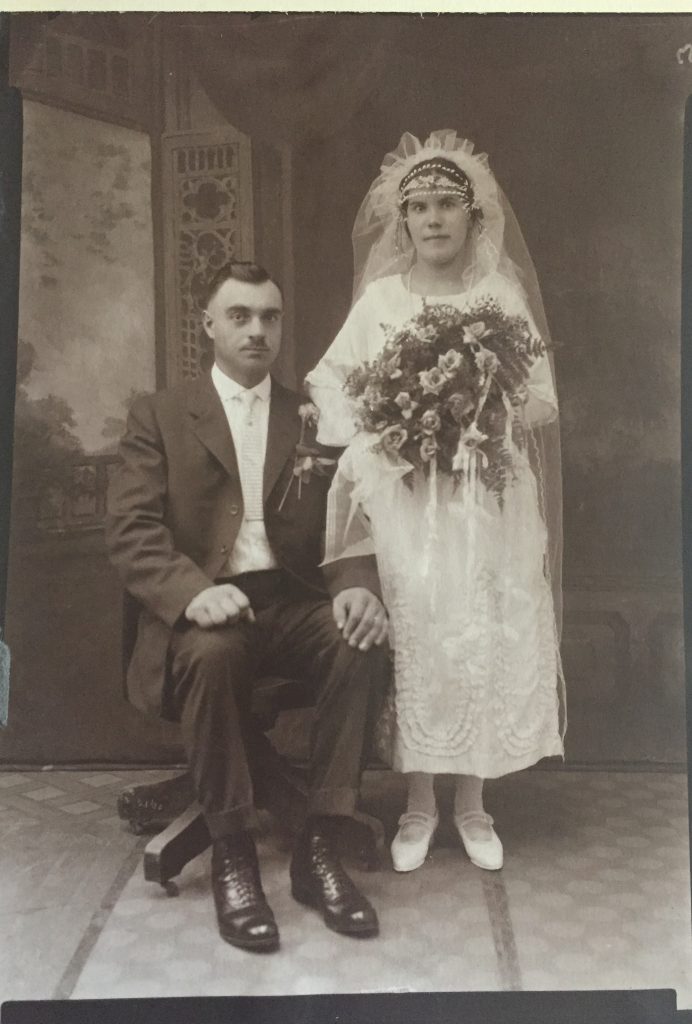 Hungarian was the only language my father knew until he went to school at age six. Listening to Dad and my grandmother speak Hungarian during my growing-up years fascinated me and provided the impetus to want to know more about the country and the village of Csorna where her family came from.

It wasn’t until the fall of 2014 that I had the opportunity to go to Hungary, having failed twice before due to the Cold War between the Soviet Union and the United States, which didn’t end until 1991. That’s a story for another time. But in the process of exploring my roots, a huge revelation came to me. Bear with me as I digress into a brief history. 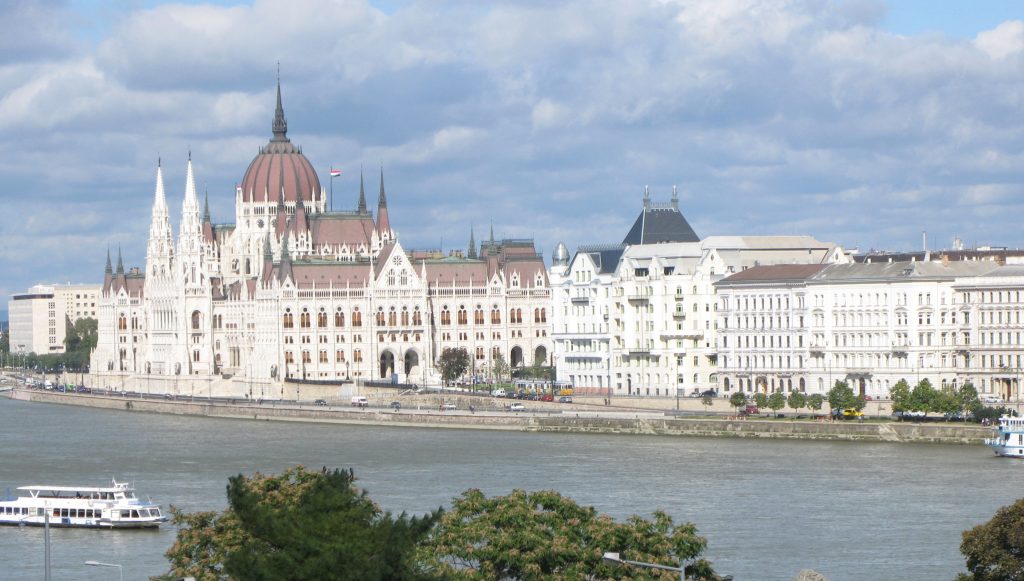 Hungarians, also known as Magyars, originally dwelled near the continental border of Europe and Asia in the Volga-Ural region. Magyar is also Finno-Uric and suggests a relationship between the Finnish and Hungarian peoples based on their linguistic origins. But not much else is known about them before the 9th century after they conquered the land (Carpathian Basin) Hungary now occupies in Eastern Europe.

Christianized at the end of the 10th century, the Kingdom of Hungary was established in 1000 A.D. under King Stephen 1 (later canonized as a saint). The Árpád dynasty ruled for three centuries, but the Mongols conquered them under Batu Kahn (grandson of Ghengis Kahn), raping and pillaging and causing the extinction of the dynasty by 1301. The kingdom existed under Ottoman expansion until the 16th century. At that time, Hungary came under the rule of Habsburg emperors. But nationalist uprisings in 1848 eventually led to the Austro-Hungarian Compromise in 1867 that created a joint monarchy. 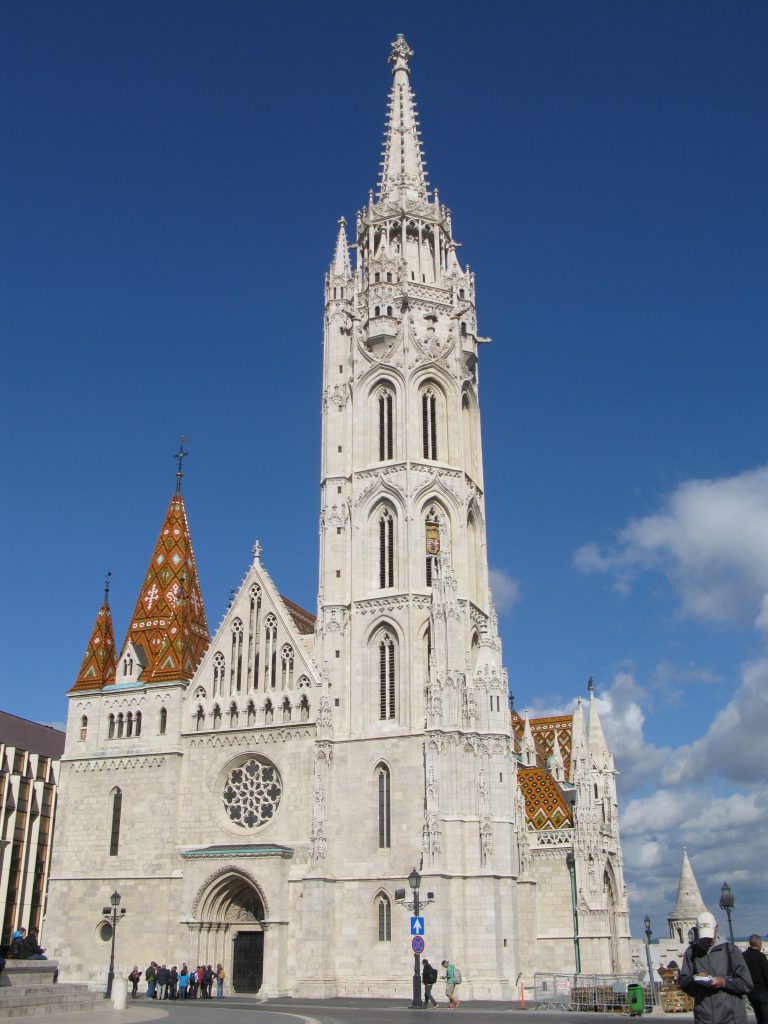 Matthias Church, Budapest–Said to have been founded on this site in 1015 by St. Stephen

World War I led to the dissolution of the Habsburg dynasty, and seventy-two percent of Hungary’s land was divided among its surrounding nations. The Kingdom of Hungary regained some of its land between 1938 – 1941 but came under German occupation during World War II, and then Soviet occupation after Germany lost the war. Between 1949 – 1989, the Second Hungarian Republic was established in its current borders as a socialist People’s Republic. Then in 1989, socialism collapsed in favor of a free-market economy in Eastern Europe, and the Third Hungarian Republic was born. In 2004, Hungary joined the European Union, and in 2011, they ratified a new constitution.

So, what does all this history have to do with discovering my roots?

To start, I had gone to Hungary armed with my grandmother’s immigration papers and passport and headed out to Csorna to find whatever remaining relatives might be there. I knew several had escaped Hungary to Canada and Australia during the 1956 Revolution (people I lost track of when my father died), but I had hoped that one or two remained. Unfortunately, I found no trace of any, except for the local cemetery, where I found gravestones of people with my grandmother’s maiden name—a name as common as Smith or Jones. But no one could tell me if any of them belonged to my ancestors. 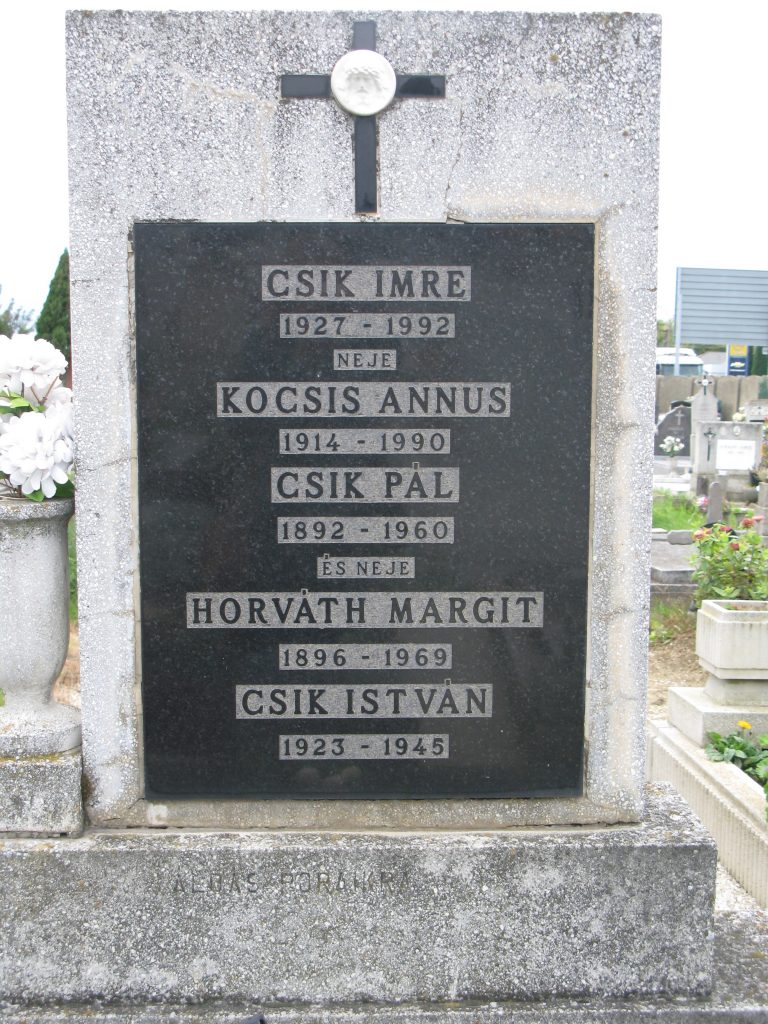 In addition, though I haven’t done one of Ancestry.com’s DNA tests, I suspect that with all the various conquests by different ethnic groups across the centuries, especially by the Mongols and the Turks, my Hungarian DNA consists of quite a diverse set of ethnographic traits. My father once told me that my brown almond-shaped eyes came down from the time of the Mongols. It’s probably true. There are plenty of people in Hungary with olive skin, high cheekbones, and almond-shaped brown eyes.

I could have walked away disappointed, but instead, I came home with a more profound revelation. I felt fortunate to have had the chance to explore and experience the people and the place. It’s well worth an investment of time and money to enjoy the lovely sights and thought-provoking museums of Budapest and the countryside whatever your nationality. 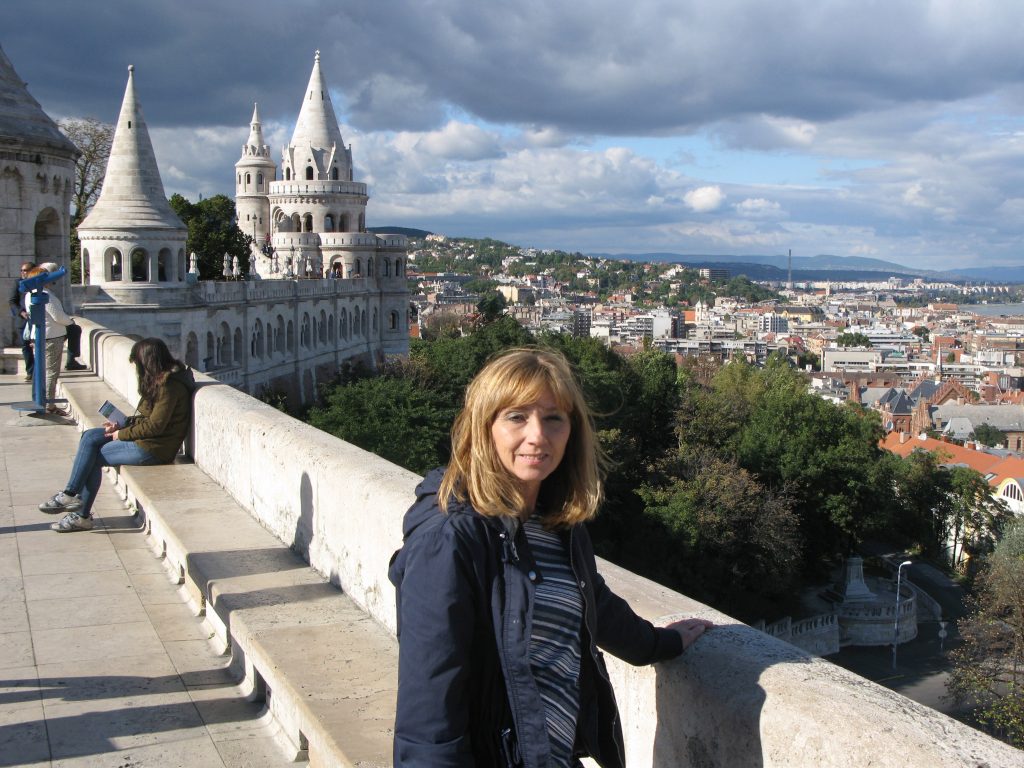 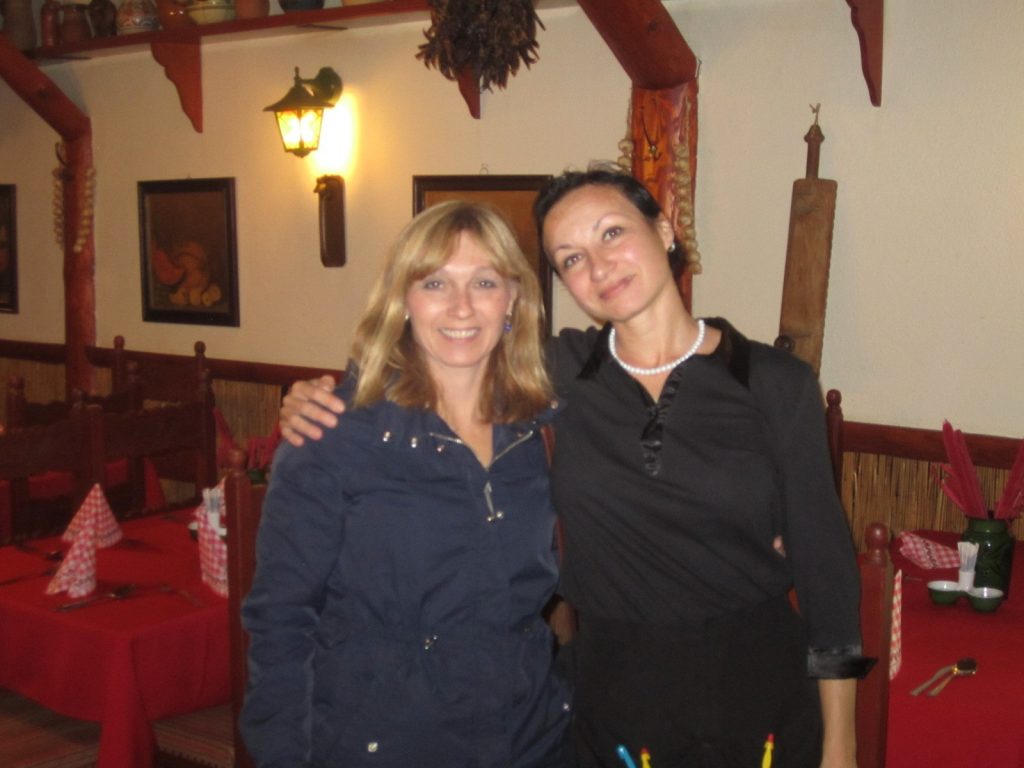 Making Friends at a Visegrad Restaurant 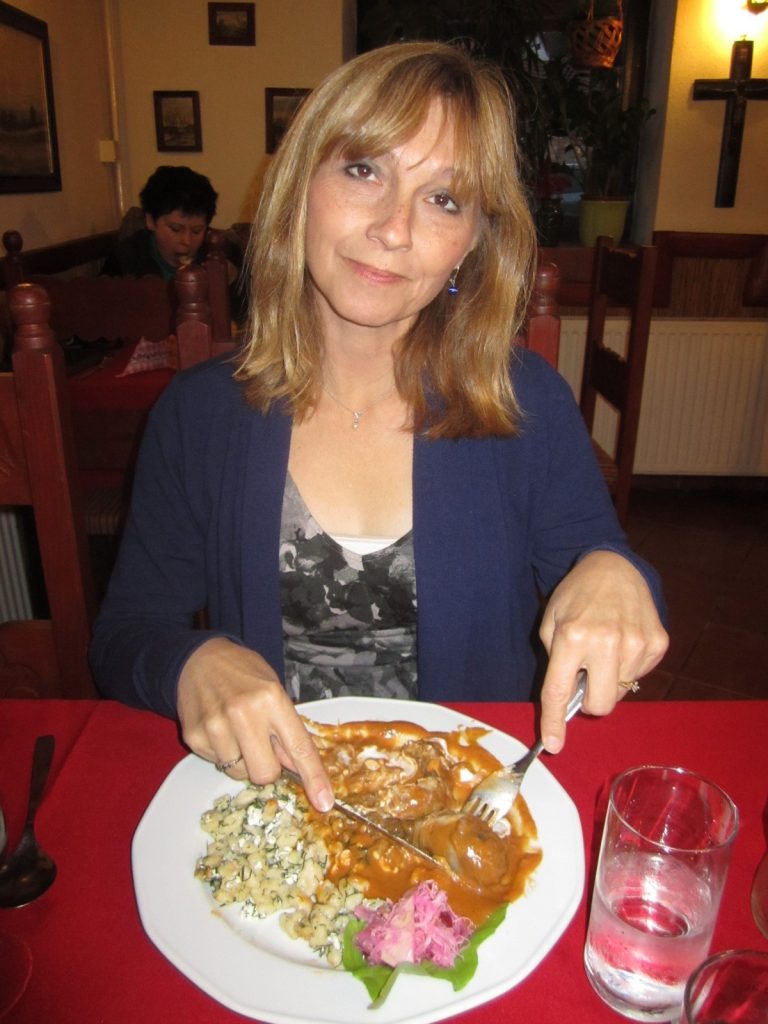 Still, my ancestral roots are much more than my biological bloodline, though I concede that biology contributes to my ethnographic traits. But I am so much more than a biological being. I am a spiritual being, as well, and when I was a child, I also claimed Christ as my Savior. The Bible tells us that if we accept Christ, we become children of God, adopted sons and daughters of the King, and co-heirs of his eternal grace.

So, in truth, the DNA of my spiritual roots goes way down deep and includes people of every nation, tribe, and tongue on the planet throughout the millennia. It’s my privilege to be a part of this family for all time, and I hope someday to meet some of my earthly ancestors among them.