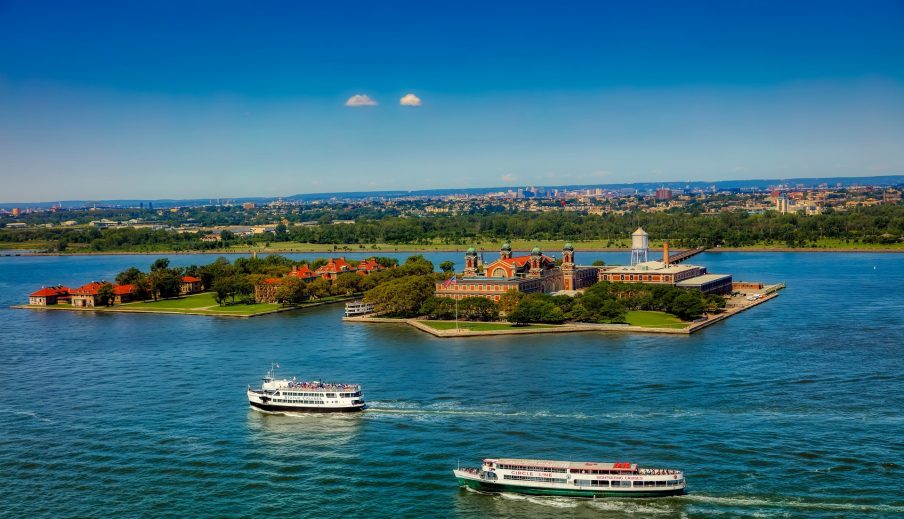 In 2007, our family visited New York City during Spring Break to enjoy the sights and attend a few Broadway shows. The trip held many fun and fascinating moments, but the most moving for me was touring Ellis Island. The former immigration station had received and processed my Hungarian grandparents in the early 1920s, and as I walked the same path through the building they had trod after disembarking from their emigration boat, I felt an eerie connection to the past. 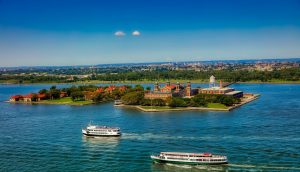 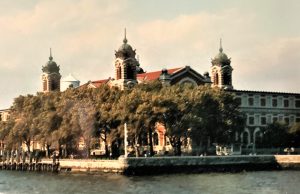 When many of us think about ancestors who first arrived in America during a bygone era, Ellis Island often comes to mind. And for some of us, that might be true if our ancestors immigrated between 1892 and 1954. But what of those who arrived before the 1890s?

I’ve had to think about this question in the last two years, because in my short story, The Sojourners’ Quest (more about that in the coming weeks), and in my novel, A Song of Deliverance, my Irish protagonists emigrated from Cobh, Ireland in 1870 and 1872 (then known as Queenstown and the last port of call for the Titanic in 1912), arriving in New York harbor weeks later. But where did they disembark? 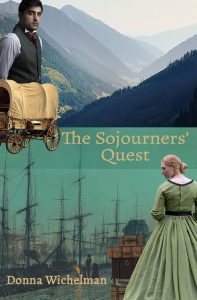 During the infancy of the United States between 1790 and 1820, five to six thousand people immigrated each year to America—mainly from the British Isles, Europe, and Scandinavia—taking as long as 12 weeks to traverse the Atlantic Ocean to Boston or New York. Many came for religious freedom, some to escape political or racial strife. But most believed America offered them a new beginning where the possibilities for “life, liberty, and the pursuit of happiness,” were within their economic grasp.

Unfortunately, the journey wasn’t easy, and they soon discovered the streets of America were not paved with gold as had been reported in their homelands. Communicable diseases were common on the overcrowded ships that brought them here—especially typhus, cholera, and smallpox. Those that didn’t die in transport often arrived in a weakened state of health, some due to seasickness. The ones lucky enough to survive the difficult passage had relatively free and open access into the country at various places along the Eastern seaboard, but finding work once they were here was another hurdle to cross. (Disclaimer: Restrictions existed, but that discussion falls outside the scope of this blog.)

Irish immigrants in the nineteenth century endured appalling circumstances in Ireland and America. By the 1840s, immigration to the United States exploded six hundred percent, much of it due to Ireland’s potato famine. More than a million Irish died from starvation during the 1840s and ’50s. Desperate and poverty-stricken, another 1.6 million Irish fled to America, but they could only afford steerage—a dark, confined area below the main deck near the steering machinery. Mostly unbearable, steerage was overcrowded, poorly ventilated, and lacked sanitation. Food and water were in short supply. Outbreaks of cholera and other diseases took twenty-five percent of Irish lives aboard the vessels. Author Herman Melville once wrote that they were “packed like slaves in a slave ship, with no light and air; cut off from all the most indispensable conveniences of a civilized dwelling.”

Once in America, the Irish Catholic farmers received little better treatment from a largely Protestant, industrialized society. Help wanted signs told them “No Irish need apply.” Most worked as laborers and servants until after the Civil War and were responsible for building much of the infrastructure of our country at the time. Only in the latter decades of the nineteenth century did the Irish gain greater acceptance and integrated more freely into their communities.

Finally, in March of 1855, the US Congress passed the Passenger Act, which was designed to protect the health and welfare of immigrant passengers bound for the United States. New York City established its own set of policies in response, creating the country’s first immigration station, Castle Garden, which opened in August of that same year. The Emigrant Landing Depot at Castle Garden (known today as Castle Clinton) welcomed 8 million people who would arrive in droves from Germany, England, Scotland, Ireland, Italy, Sweden, Denmark, Norway, Russia, and Eastern Europe over the next thirty-five years. 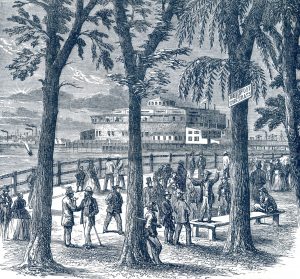 During its operation, Castle Garden was divided into various departments to facilitate the transition of immigrants into the country. According to one Dutch Heritage site, there was a “medical examination department, waiting room, registry department, foreign currency exchange office, railroad department, telegraph office, letter-writing department, information desk, and forwarding department…”

Immigrants who didn’t pass the medical examination were sent to the Ward Island Department located on the East River and taken to the Verplanck State Emigrant Hospital. The island also hosted two barracks for destitute men, women, and children. Immigrants with smallpox went into isolation on Blackwell’s Island. 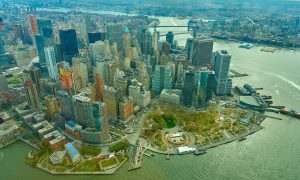 Unfortunately, Castle Garden earned a reputation for being a noisy and chaotic environment. The administration couldn’t manage the new arrivals crowding its space, and dishonest employees cheated the immigrants by overcharging for baggage forwarding and underpaying on money exchanges. Castle Garden closed in April 1890 for its mishandling of immigrants. A temporary facility opened at the nearby Barge Office until the Ellis Island Immigration Center opened on January 1, 1892, ushering in an even bigger wave of immigration.

However, during Castle Island’s years of operation, numerous well-known groups and people came through its doors. Christian missionaries recruited new arrivals to the field, and Union and Confederate armies recruited incoming single men to fight for their cause, one of the most famous of them Joseph Pulitzer of Hungary. Many other well-known people passed through, including Mother Cabrini from Italy, Oscar Hammerstein from Prussia, Harry Houdini from Hungary and William Fox (20th Century Fox film studios) both from Hungary, and Adolph Zukor (Paramount Pictures), and, of course, my two fictional Irish protagonists, Sarah Byrne and Anna Sullivan.

Today, visitors can tour the former immigration center. According to the free database at CastleGarden.org, more than one in six native-born Americans are descendants of the eight million immigrants who entered the United States through Castle Garden. The New York Battery Conservancy gives free access to anyone who wants to search their database for ancestors.