In the first of a two-part series, What Was Life Really Like on the Oregon Trail?, we considered how the pioneers really fared on the Overland Trails and the hard facts of life for those who emigrated west by wagon train. As a historical writer of Gilded Age fiction, I want to dive deeper into my novelette, The Sojourner’s Quest–a prequel to the Singing Silver Mine Series—and ask the question, “How true to real life was the journey for the characters in my story?”

The Sojourners’ Quest opens with Irish-born heroine Sarah Byrne riding on the box seat of a Prairie Schooner (aka covered wagon) with her employer, the Reverend Matthew Sinclair—a protestant clergyman—walking next to the wagon nudging his team of six mules forward. But how much did the pioneers ride on or inside the Prairie Schooners as they advanced west?

Teams of six to twelve mules or horses or four to six oxen hauled the Praire Schooners forward. They lumbered, slow and steady, sometimes resisting and needing to be pushed with a whip as they carried their heavy burden behind them. Occasionally an animal would drop from lack of water or exhaustion, and it would have to be replaced.

Still, men, women, and children usually walked alongside the wagons due to the rough terrain and lack of suspension on the wagons. Only the sick or weak would ride on the box or inside the Prairie Schooners. Sarah had walked most of the way, but her shoes were so thinly worn, they hurt her feet to walk in them. Unfortunately, ragged shoes and sore feet were facts of life for the emigrants who walked the two thousand miles across the continent. 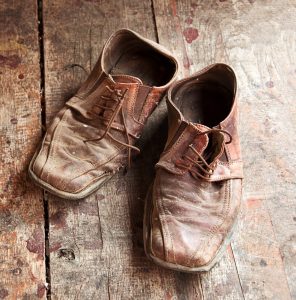 The Sojourners’ Quest takes place during the summer of 1869. Hadn’t wagon trains become a phenomenon of the past by then?

Not entirely, but they were on their way out. Between 1836–1869 more than 420,000 people traversed the continent on wagon trains. But by May 10, 1869, when the last railroad tie had been hammered into place, the Transcontinental Railroad between New York and San Francisco gave people a different option. It brought the western states and territories into alignment with the northern Union states and made transporting passengers and goods coast-to-coast considerably quicker, safer, and less expensive. A person could buy a ticket for as low as $65 for an “emigrant” class bench; a first-class ticket in a Pullman sleeper car would set a person back $135.

Though wagon trains operated through the 1880s, most people migrated west on the railroad. Steam locomotives could travel 40 miles an hour—4 days from coast to coast and less time for stops in between. Wagon trains took four to six months to cross the country depending upon the weather, and the days were grueling.

Taking the wagon train made sense for Sarah, Matthew, and his two children. Matthew had books and heirlooms to carry. Besides, the first railroad to climb the steeper elevations connecting Denver with the mining communities in the mountains wasn’t built until 1872 into Black Hawk through the steep and narrow Clear Creek canyon. The railroad didn’t stretch as far as Georgetown, Colorado, until August 1877. Sarah and Matthew would still have had to travel to Georgetown by Prairie Schooner once they arrived in Denver. 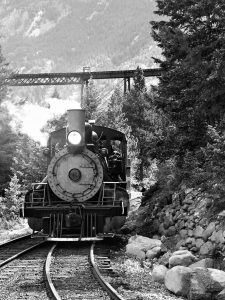 Early in the story, Sarah says of her life in Ireland, “How could any of us [women] survive the kind of poverty so devastating that it’s driven us to descend upon these United States in droves?” Several factors contributed to the mass emigration of men and women to the United States from Ireland in the nineteenth century.

The most significant influence after the Irish potato famine of the 1840s and 50s was a change in the social and economic climate that discriminated against unmarried women, particularly those from the lower class. The combination of inheritance laws that favored the moneyed class and a lack of opportunities for employment made options for making a living nearly impossible. Moreover, without a dowry, young women had no chance of marrying. Their families encouraged them to emigrate, and the majority–sixty percent–worked as domestics in the homes of wealthier Americans, allowing them to earn a living.

First-generation Irish women had a reputation for being ignorant and unmannered, though that was untrue. They were just not used to being ordered about in Ireland, having had much autonomy inside the home. So, they often pushed back, earning notoriety for being insubordinate. Yet, the overall effect gave Irish domestics a cause to mold and educate their daughters so they would not be subjected to prejudice and abuse and would enjoy more satisfactory employment. One statistic claims only eighteen percent of the second generation worked as domestics.

Sarah Byrne was a fortunate woman in The Sojourners’ Quest when she happened upon a widowed clergyman and his two children. After all, not every clergyman could be convinced to relocate to the Rocky Mountain West, where life in the mining towns was crude and the souls often coarse. Most ministers of the Word of God preferred the comforts and culture of the east. But the Reverend Sinclair had good reasons for taking up the challenge, and Sarah would come to respect him for it. By the early 1870s, Georgetown, Colorado would harbor numerous congregations and become known for its refined stature. But that is another story for another time.

I hope you’ve been intrigued enough about the history of western migration to find out more about Sarah and Matthew’s stories. You can read The Sojourners’ Quest for free by going here.

If you choose to read The Sojourners’ Quest and enjoy the novelette, please tell others about it. Then drop me a line and let me know what you thought by going here. I’m always interested in hearing from you.

(This blog originally appeared as a Guest Blog, How the Pioneers Really Fared on the Oregon Trail, Part 2 of The Sojourner’s Quest “Fact or Fiction” in the Search Beyond Lies Fact or Fiction series by author Karen Fisher’s blog site: https://www.kvfischer.com/?p=2232. It has been slightly modified and expanded since it was first published.)