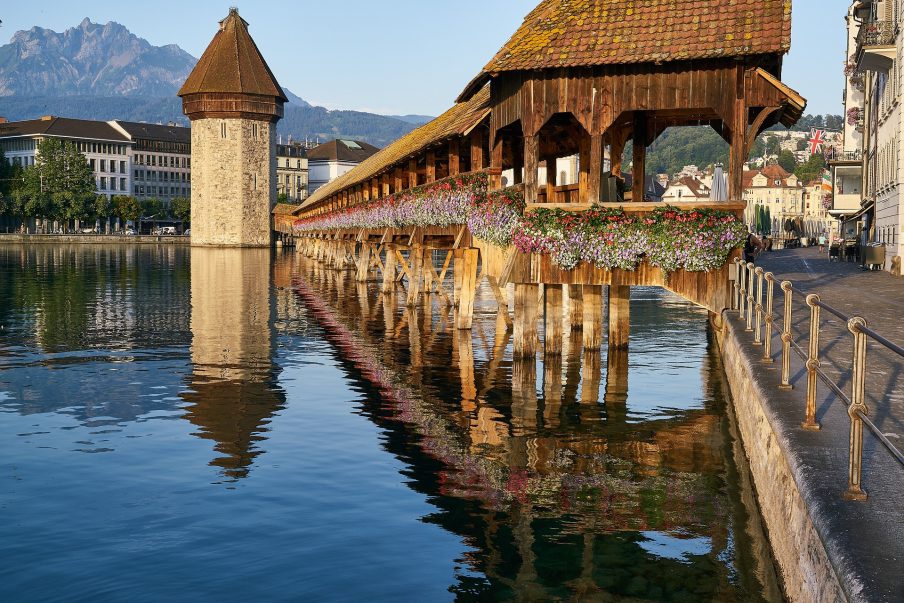 If you’ve read my travel/history blogs, you may know that I developed some insights about traveling Europe while attending an international college in Wales as a high school student. I’ve never taken the opportunity for granted since I came from a modest family. They made a great sacrifice by sending me to the United World College of the Atlantic (aka Atlantic College), and I will always be grateful for having the chance to meet so many lovely people and enjoy a myriad of extraordinary experiences. 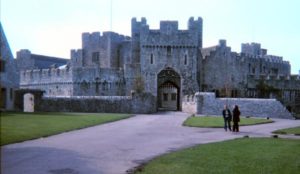 Still, sometimes the lessons we learn as students come from the school of hard knocks. During the summer between my two years at Atlantic College, I traveled through Europe with several friends. We were a motley crew from different parts of the world—Japan, Indonesia, and the United States—donning backpacks (aka rucksacks in Britain) jam-packed with clothes, food, and sundries. None of us had much money. 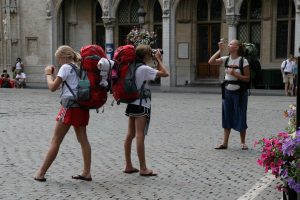 We traveled from country to country by Interrail pass, visiting our European friends in their hometowns and staying in youth hostels when needed. Occasionally, we slept on the trains overnight as we went from one place to another.

At times, we split up and went our separate ways to tour an area that more suited our particular tastes, always meeting up somewhere else along the line. Sometimes we’d cross paths with others from the college who were also traveling during summer break.

One of our more remarkable exploits took place in Lucerne, Switzerland, in the heart of the Swiss Alps. Now, I’ll admit, first off, this was not one of my finer moments.

While my friends and I were enjoying a city tour, the friend we were lodging with convinced us the tram conductors rarely came on board, so we could ride without buying a ticket. I went along, though with some reluctance. But as I indicated earlier, we were poor students, and the temptation to scam the system got the better of us. 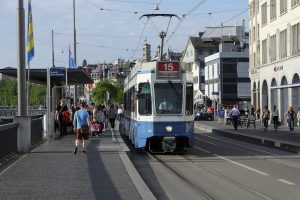 Sure enough, we hadn’t ridden more than a block when a conductor stepped aboard to check our tickets. The heat crawled up my neck, and I wanted to fade into the background as he hauled the six of us down to the Polizei to pay a fine. The cost to each of us was ten times the ticket price, and for me, one humiliated teenager.

One might chalk the experience up to the antics of youth and find a bit of humor in it. There is some that, to be sure. Yet, my remorse wasn’t only about getting caught; it was that I had known the right thing to do but had chosen to ignore my conscience anyway. Later, I saw my lack of integrity affected not only me but the reputation of all Americans in a foreign country. It made me think; traveling is a privilege, and many spectacular places exist worldwide to taste and savor. If possible, I will not leave anything destructive or disreputable in my path.

I had another opportunity to visit Lucerne in 2001 with my husband and daughter and enjoyed a completely different encounter. Recognized for its iconic Chapel Bridge, Lucerne boasts the oldest covered bridge in Europe, first constructed in 1365. During our walk across the bridge, I reflected on my great fortune to have walked across it in 1975 before a fire on August 18, 1993 destroyed two-thirds of the wooden structure along with eighty-six of the one hundred-eleven unique triangular paintings that once graced the underside of the roof.

The world mourned with Switzerland and the City of Lucerne for the loss. To this day, no one knows who caused the damage. But city officials decided to take on reconstruction and managed to restore thirty of the paintings. The bridge reopened on April 14, 1994, allowing my family and I to enjoy the bridge again seven years later. 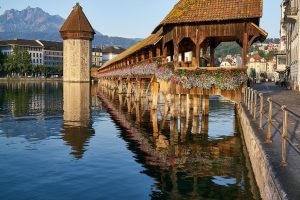 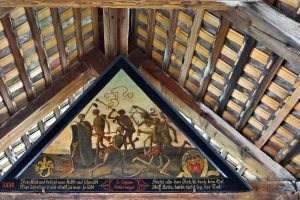 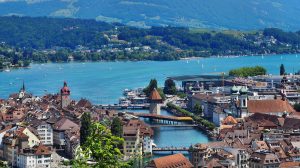 Many other sights and activities are well worth your time in and around Lucerne. Within Altstadt, one can walk the pedestrian-only, cobbled medieval streets, admire the architecture, view the Museggmauer Wall, a 14th-century rampart, and visit the Hofkirche—a Romanesque basilica, and tour the Jesuit Church—a Baroque style church, to name a few. There are also several museums worth a look at, including the Swiss Museum of Transport, the Rosengart Museum of Art, and the Richard Wagner Museum.

Further afield, one can take a gourmet lunch cruise on Lake Lucerne or, for the more adventurous, rent a sailboat or kayak the lake. There are also day trips to the mountains where you can hike and take in the fresh air of the Alps.

Wherever you go, whether to Switzerland or somewhere closer to home, I hope you have your own extraordinary experiences. But I also pray they’re ones you’ll never regret.