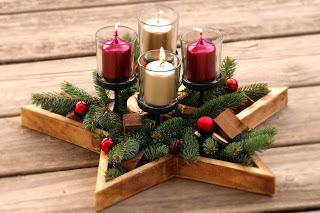 Since Christmas is just around the corner, I thought it only fitting to give tribute to the season and why we celebrate Christmas. So, I’m switching things up for the next few weeks. My emphasis is on the history behind Christmas and its celebrations. Today, I’m looking at the Christian Church’s celebration of Advent.

Celebrating Advent has been a family tradition for me, since I was a young child. I remember sitting around the Christmas tree with my mom and dad, lighting the Advent wreath, reading a devotion, and singing Christmas Carols. The Christmas carol book we used still survives, though the pages separated from their spine long ago. Jim and I have continued the tradition of Advent in our home over the last thirty-six years. 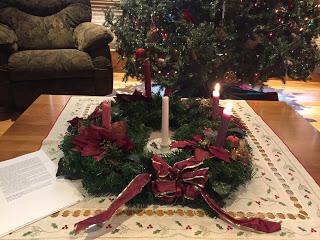 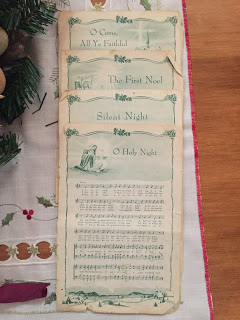 What is the Christian tradition of Advent? The word comes from the Latin adventus, translated from the Greek parousia, which means “coming” or “arrival.” It is a month-long, daily focus that begins four Sundays before Christmas and anticipates the coming of Jesus, the Messiah. The celebration is an ancient custom, dating back to the early centuries of the Church, though fixing an exact date is difficult.

We know Christians celebrated Advent as early as the 4thcentury in Spain and Gaul (France), and probably the rest of Europe. An official mention of Advent occurs at the Council of Sargossa (380 AD) to give a counter-argument to the heretical philosophy of Gnosticism and established once and for all the incarnation—the conception of the divine Son of God, born to a virgin girl, who lived on earth in bodily form. Thus, it affirmed the understanding of Jesus as both the divine (the Son of God) and human (the son of man or humanity).

In the 5th and 6th centuries, we find references, establishing dedicated fasts and readings for devout worshippers, though it seems Advent hadn’t yet been given a specific connection to Christmas. It’s also believed Advent prepared new Christians for baptism at the January feast of Epiphany—the celebration of the Magi’s visit to the baby Jesus.

It wasn’t until the 6th century that a strong connection had been made between Advent and Christmas. By that time, Roman Christians celebrated Advent as the “coming” of Christ but linked it to his second coming—his glorious return to the world, when he will establish his reign as King of kings and Lord of lords (think Handel’s Halleluiah Chorus) upon the earth.

Only in the Middle Ages was Advent also linked to Jesus’s first coming at Christmas. Many of our modern traditions developed during this time—particularly lighting Advent wreaths and keeping Advent calendars. 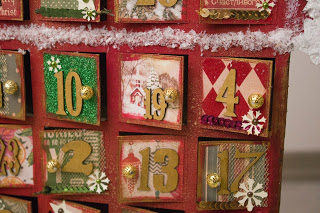 Advent wreaths were originally made from evergreen, bundled in a circular shape, on which candles were lit. Traditionally, there are four candles—three purple, symbolizing hope, peace, and love; and one rose to symbolize joy. A fifth white candle is often added inside the wreath and lit on Christmas Day to symbolize Jesus’s birth. If you grew up in a traditional church, most likely your church used an Advent wreath and lit candles each of the four Sundays before Christmas. Today, a variety of shapes and elaborate designs have become acceptable as well as various color candles on the wreaths. 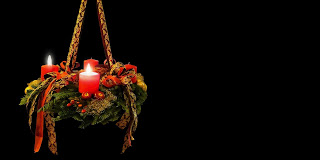 In recent decades, Christians of all denominations across the planet have donned the celebration, recognizing the importance of Advent. It reminds us that in the midst of secular and consumeristic tendencies of our day, the importance of Christmas rests primarily on our hope in Christ. We are an expectant people; not only do we celebrate Jesus’s first coming as Savior, but we await his triumphant return when all will be made right in a broken and troubled world. Our cry is, “Come, Lord Jesus!”