Fans of the Harry Potter franchise may recall that Harry Potter and the Sorcerer’s (Philosopher’s) Stone kicked off the film series in September 2000 with a final scene at Hogsmead Station. Hagrid waves goodbye to the students, having lived through their first year at Hogwarts. The scene foreshadows the future as they continue their magical journey. 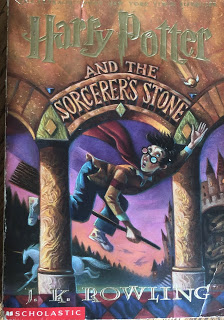 Though Harry Potter and Wuthering Heights were written more than 150 years apart, they share a setting in West and North Yorkshire, in which nothing kindles the imagination so utterly as the wild and untamed moorlands. I can attest to this, since I have been there several times.

The first time I visited the Yorkshire moors, I was 17 and a student at the United World College of the Atlantic in Wales. I had to write an English Literature paper for the International Baccalaureate (IB) degree and chose Emily Brontë and Wuthering Heights as my subject. The academic work was a wonderful excuse to spend a school project week in Yorkshire. 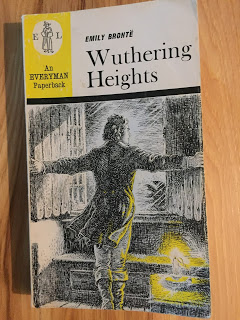 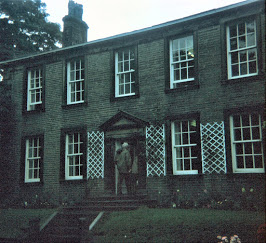 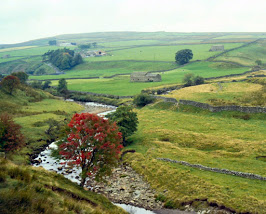 My romantic notions blossomed as the train pulled into York. I found a bed and breakfast, and the next day took a bus to Haworth, the home of the Brontë Parsonage Museum.

The tour of the museum and surrounding moorlands held my spirit spellbound. For as I walked the moors on that drizzly day, I happened upon a blind old man with a cap and a cane whose ancestors knew the Brontës. He delighted me with his stories and intrigued me with his words about life on the moors. 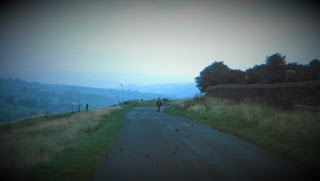 Over the years, scholars of English literature have tried to interpret the milieu Emily created with such passion and sometimes violent intensity. When Wuthering Heights first appeared on shop shelves, many thought the story too “vulgar” (not refined). Others since have cast the story as a spiritual metaphor. Postmodern scholars congratulate her for being a feminist before her time. I’m not sure any of them got it right.

My own encounter with the old man proved to enhance my experience and gave me a small glimpse into Emily’s world of Wuthering Heights. He told of cold bleak winters and mild green summers, the forces of nature and an awareness of the supernatural that life on the moors elicits. These are compelling and repulsive at the same time–like Heathcliff and Catherine.

I believe her sister Charlotte came closest to interpreting her sister’s work in an 1850 preface to the book long after Emily had died at age 30. I give only snippets to save time and space:

“I have just read over Wuthering Heights, and…have gained a definite notion of how it appears to other people–to strangers who knew nothing of the author…unacquainted with the locality where the scenes of the story are laid; to whom the inhabitants, the customs, the natural characteristics of the outlying hills and hamlets…are things…unfamiliar…It is rustic all through. It’s moorish, and wild, and knotty as a root of heath…her native hills were far more to her than a spectacle; they were what she lived in…circumstances favoured and fostered her tendency to seclusion; except to go to church or take a walk on her hills…Her imagination, which was a spirit more sombre than sunny, more powerful than sportive, found in such traits material when it wrought creations like Heathcliff, like Earnshaw, like Catherine. Having formed these beings, she did not know what she had done…”

And therein lies the mystery, the moors, the magical journey…

For my part, whether Emily knew it or not, she wrote one of the most evocative tales of the duality in all of us–the capacity to exercise great good and effect extreme evil. Walking the wild and untamed moors somehow allows one to ponder these things of humanity, God, and the universe.