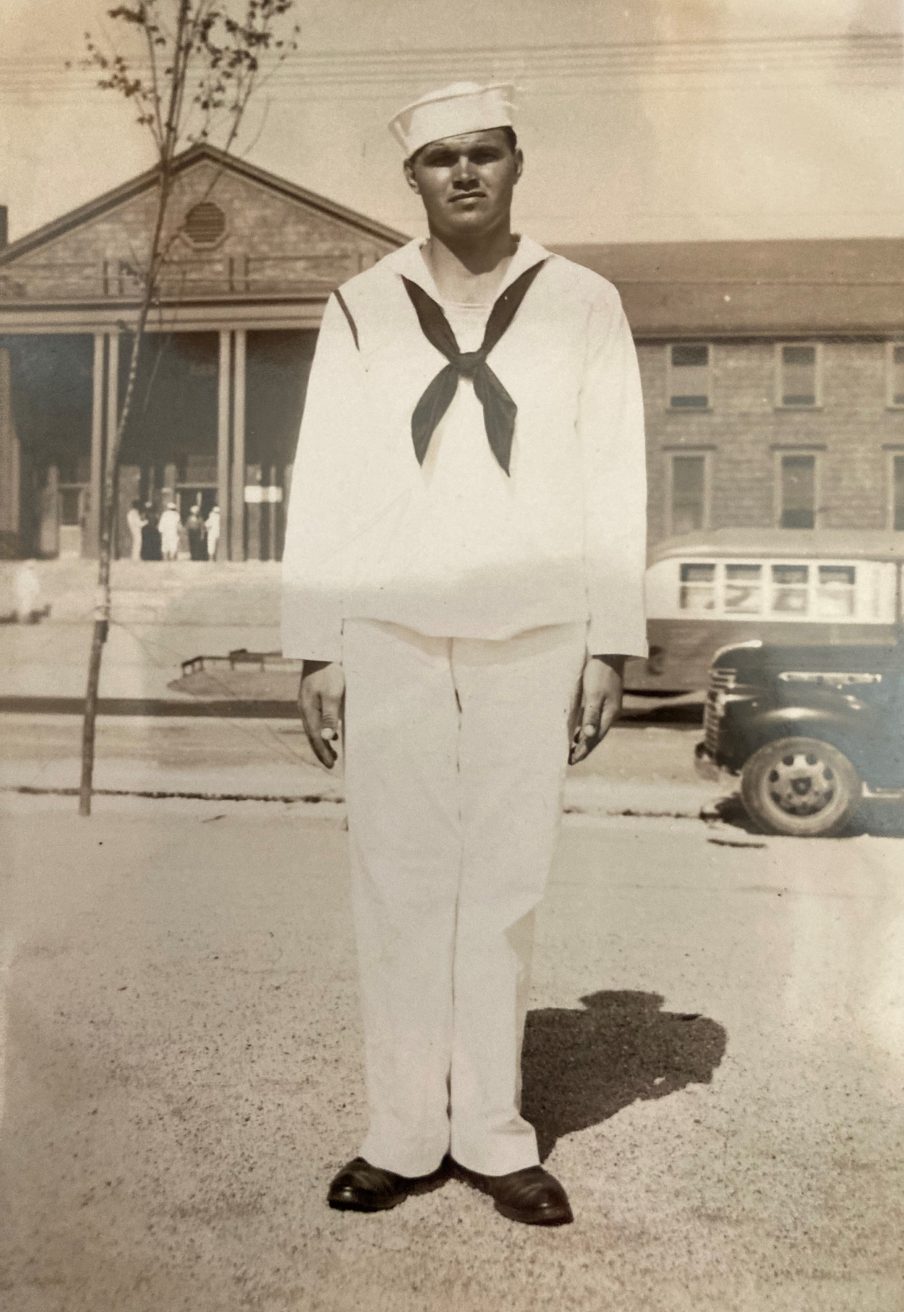 Today, I’m switching up my content a little bit because it’s Veteran’s Day, and since my father was a Veteran of World II, it seems only fitting for me to say thank you to everyone who has served and is still serving today in the armed forces of the United States. Your contributions to help secure the freedoms we hold dear in the United States of America and across the world can never be overstated. God bless you!

My father was the only son of poor Hungarian immigrants, Rosalia Csik and Andrew Csonka, who came to the United States through Ellis Island in the early nineteen twenties. They met in Lorain, Ohio, married, and had my father the following year. My father didn’t speak English until he went to first grade.

Andrew and Rose never had much money. Rose was a homemaker and Andrew worked in the steel mill. They lived on the wrong side of the tracks, as it were–most of the people on that side of town having come from immigrant or African American stock. But the family did the best they could to put food on the table and clothe and raise their only son. The depression hit them hard, and my father used to talk about how he and his buddies would follow after the trains through town to pick up pieces of coal along the tracks to sell for a dime apiece. Still, he did okay and got through high school.

Then the attack on Pearl Harbor struck on December 7, 1941, and he was drafted right out of high school the following spring of 1942. He served his time in the Navy on a troop transport ship called the U.S.S. Monticello, which traversed both the North Atlantic and South Pacific. They made him a cook, and he eventually made head chef. He would talk about the Thanksgiving and Christmas meals they had aboard ship, and he liked the job so much that later, after graduating from Oberlin College School of Business on the GI bill, he tried his hand at owning a restaurant.

But dad didn’t like talking about what he saw or experienced of the actual war. A few times, Axis powers shot torpedoes at the U.S.S. Monticello, but they were never hit, and that, he believed, was a miracle that he didn’t take for granted.

My dad didn’t see action like a lot of other guys, but to me, he was a hero nonetheless. He spent the rest of his life working hard and doing the best he could to support his wife and child and put food on the table and clothes on their backs. And he believed it was important for me to get an education. He never became rich or famous, but he had a heart of gold, who would give anyone the shirt off his back. And he loved Jesus. He signed the back of a Gideon Bible he received before he was discharged from the Navy in 1946. His legacy lives on in me, and I will forever be grateful to the poor son of immigrant parents, who became the dad of a little girl who grew up and became a writer, telling you now about my dad. 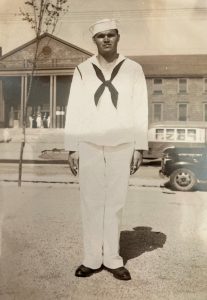 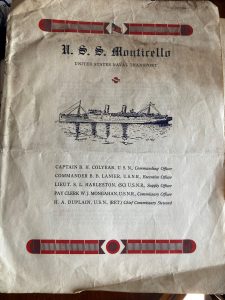