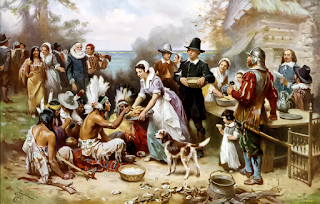 Almost 400 years have passed since the First Thanksgiving. It’s hard to imagine that Americans in the 21st century could have much in common with a boat-load of people who hadn’t yet gone through the Industrial Revolution, let alone comprehend the complexities of the computer age. How can we compare in any way to their world in 1621?

In many ways, we live in a society that bears no resemblance to the one the Pilgrims knew, but perhaps in the ways that count we aren’t all that different. Those who set sail from England in the Mayflower and made landfall sixty-six days later in November 1620 had left their families behind not knowing if they would ever see them again. Surprisingly only one died on the open seas, though the ship suffered extensive damage during a tremendous storm. 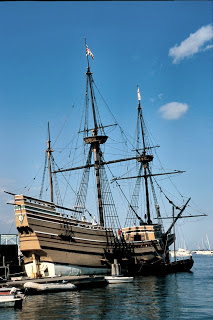 Replica of the Mayflower, Plymouth, Massachusetts

When the Pilgrims settled at Plymouth (Plimoth, as it was spelled then) a few weeks later, they didn’t know how they would be received by Native Americans. In addition, they lived aboard the ship over the cold winter months, rowing ashore during the day to build houses and returning at night to sleep. Illnesses prevailed in the wet and frosty climate. Forty-six of the original 102 died from colds, coughs, and fevers. None of them knew if they would survive another year of life. 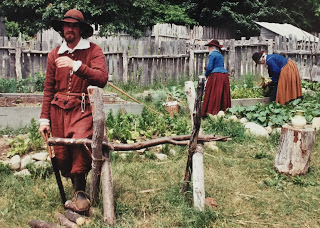 Given their many hardships, it would have been easy for the Pilgrims to get entangled, counting their woes rather than their blessings at their harvest celebration. Yet we discover from extensive diaries that their first harvest was abundant, thanks to God and the Native Americans who helped them survive. While their numbers were depleted, and they were far from home, they found much to celebrate.

Edward Winslow’s account in the Pilgrims at Plymouth is telling. “…And although it be not always so plentiful as it was at this time with us, yet be the goodness of God, we are so far from that we often wish you [those in England] partakers of our plenty.”

It would not always be so, and troubles would haunt the Pilgrims’ lives in later years–drought, diseases, dissension with native peoples. They would continue to experience difficulties and loss. But, as Winslow so eloquently stated, there was much to celebrate, and they would wish to share their plenty with whomever they could at their first harvest feast.

Thanksgiving will look very different for many of us this year. Perhaps our families who would normally travel to spend the traditional time together are not. Friends or loved ones have been lost to COVID. We feel their absence. Others are having a hard time making ends meet after the loss of a job or business. They wonder if they will survive through another year. I want to assure you that we join in your sadness.

Yet even in the difficult times, we can find a ray of hope in those things that we may have overlooked. In many ways, Thanksgiving celebrates the intangible as well as the tangible–the people we’ve had the privilege of knowing, the joy in the smallest thing like a snowflake, even life and breath itself. Last but not least, Thanksgiving celebrates God’s goodness and mercy in spite of hard times and the hope of the abundant harvest yet to come. 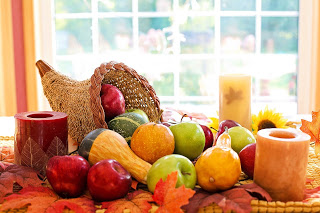 Psalm 118:1 Give thanks to the Lord, for He is good; For His mercy is everlasting!