Nothing enhances a travel experience more than adding music to your list of things to do on your priority list. Wherever we travel, we seek opportunities to make music part of our itinerary. 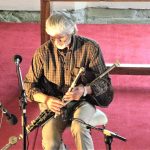 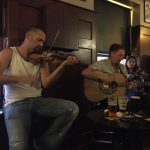 Because it almost always adds historical, social, political, and cultural context to a country or region and its people. It allows us to understand peoples and nations in a way other forms of communication and media don’t. Wherever we’ve been—from California to New Zealand and Australia, Africa to Scandinavia and Europe—music has been great fun. 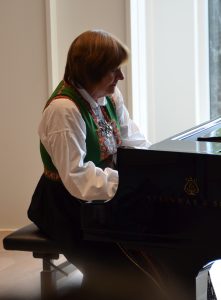 Sometimes you find music in the most unusual places. In Australia, while staying in Port Douglas, we happened upon a street fair where a man was selling didgeridoos–an Aboriginal musical instrument. I had never heard one played in person so it struck me as quite impressive to watch him blow into the long wooden tube and make the low tone. Another instrument that surprised me by the ethereal quality of the sound are the uillean pipes of Ireland. Unlike the Scottish bagpipes where the piper blows into a blowpipe providing a steady stream of air into the bag, the uillean pipes make a sound when the musician pumps the bellows with his elbow while at once playing the chanter with his fingers. The Irish word uillean means elbow. Because this instrument is mechanically difficult to learn, few people play the uillean pipes, which means that a custom-made set will cost as much as $30,000 or more. 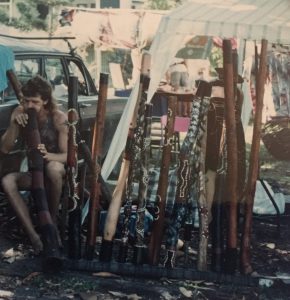 Port Douglas, Queensland, Australia: A Demonstration of the Didgeridoo.

At other times, it’s fun to attend a musical event you’re very familiar with–classical pieces from Europe as in the Berlin Philharmonic or the Evensong that we heard sung by a church choir at the Christchurch Cathedral in New Zealand. The year we went to Venice with our then nine-year-old daughter, she had been listening to various Classical Kids CDs that featured a composer and his music in a fun storybook fashion. One of those was Vivaldi’s Ring of Mystery–a story about a girl who finds herself placed in Vivaldi’s orphanage and discovers the circumstances that landed her there. We asked our daughter what she wanted to see while she was in Venice, and she said, of course, Vivaldi’s orphanage and the Rialto Bridge because these places played a significant part in the story. 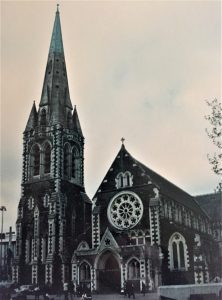 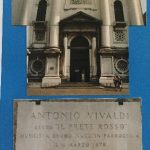 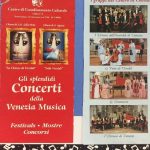 Music brings our own history and stories to light. It also brings us closer together as a human race because it’s a universal language that everyone understands. It’s beautiful and gorgeous and mysterious and amazing and always great fun. So the next time you’re in a new place, check out the venues that are nearby. You may never know what you’re missing unless you treat yourself to the music of the place. And, the next time you visit Colorado, USA during the summer, I invite you to the Bravo! Vail Music Festival https://www.bravovail.org/ held between June and August every year in Vail, Colorado.