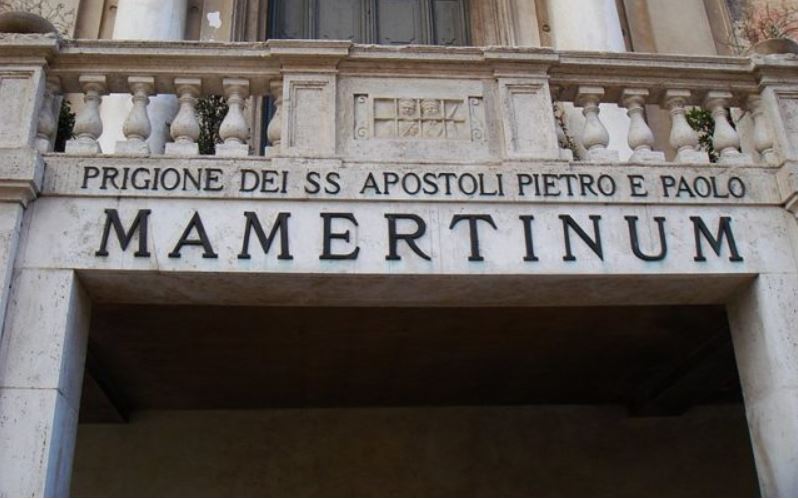 The unsuspecting tourist visiting Rome may not know that at the north end of the Forum they have just walked past one of the most revealing archaeological finds in the city discovered a little over a decade ago. Since Medieval times the Mamertine Prison, also known as the Carcere Tullianum in Biblical times, was hallowed as the prison where Christians believed Christ’s apostles, Peter and Paul, stayed before they were martyred. More excavation work has now yielded exquisite material for our understanding of the antiquity of the city as well as providing inference for believing that Peter and Paul were incarcerated there in the first century A.D.

First dubbed the Eternal City by Roman poet Tibullus in the 1st century B.C., historians have generally agreed that Rome is at least three millennia old. Myths and legends have long circulated regarding its origins, but most say Rome was founded around 753 B.C.

Among the archaeological treasures that the Mamertine Prison has offered up is a hidden structure considered older than the city of Rome itself. Its stones were used as part of a wall that surrounded the Capitoline centuries before it became a prison. Sometime later, inhabitants constructed a round building with walls over three meters (9 feet) thick and dug deep into the earth to create an artificial spring that appears to have been a cultic center of worship. Evidence of human remains, animal sacrifice, and fruits and grains offered to a deity exist.

By the 4th century B.C., The Tullianum was commonly used as a prison, the dungeon having been divided into two dank cells, one on top of the other. Archaeologist Patrizia Fortini, who led the archaeological dig of the dungeon, said in an article published by Haaretz on April 8, 2016, “The lowest [cell] encased the spring and was accessible only through a tight opening, still visible today, used to lower prisoners into what must have seemed like a dark and foul-smelling antechamber to Hell.” 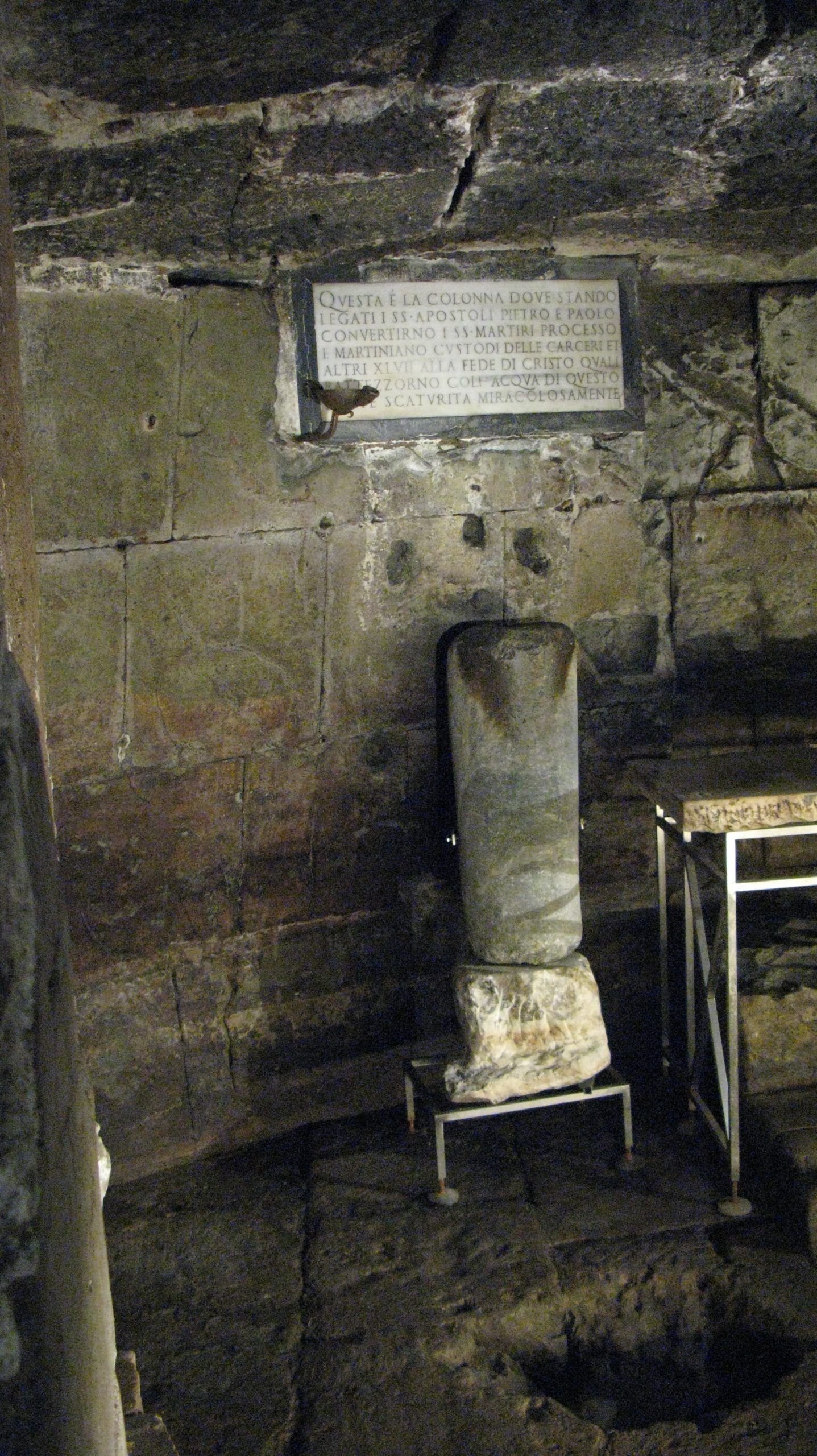 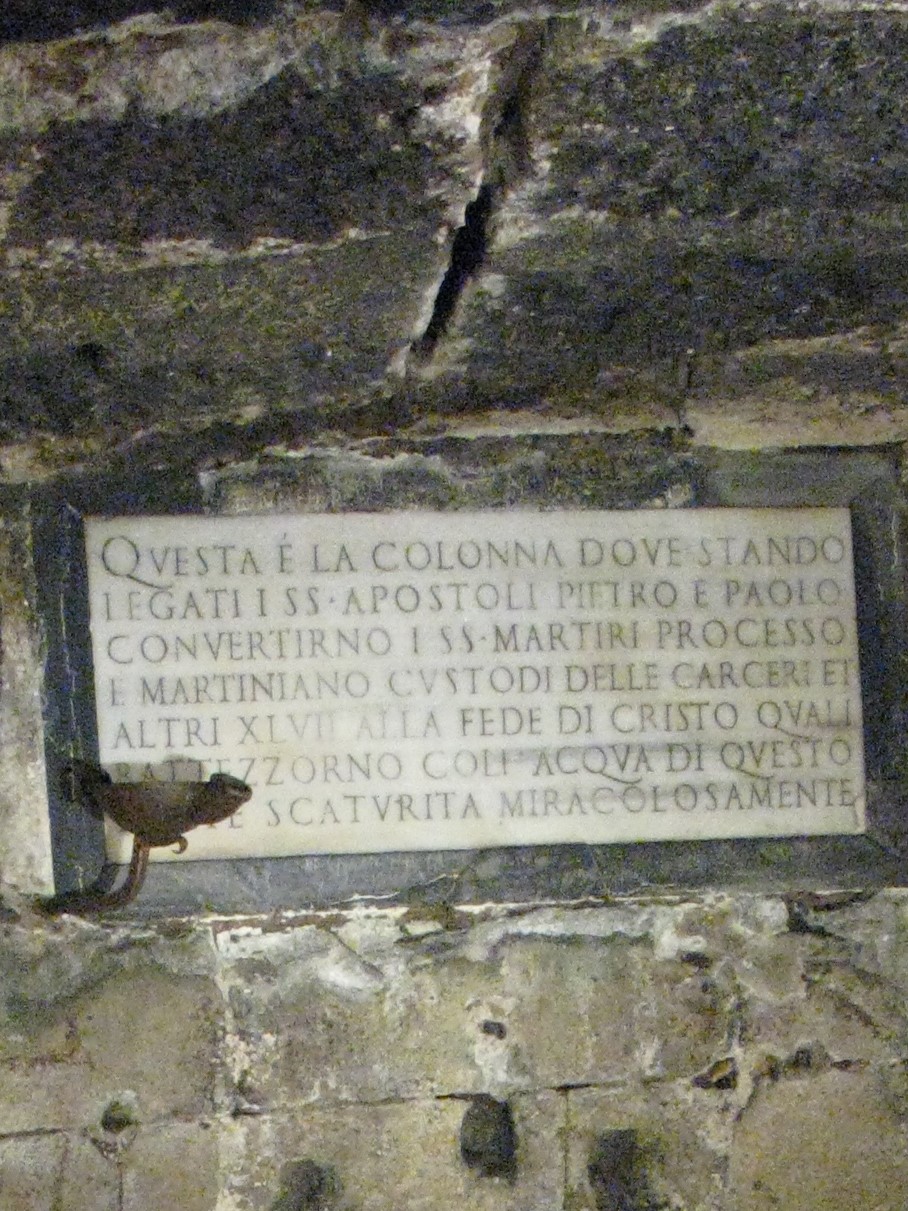 The prison hosted numerous historical figures considered enemies of Rome or a threat to the Roman way of life. One such man, Simon Bar Giora, commanded a major rebel faction against Rome during the First Judean-Roman War that took place from 66 – 77 A.D. The Tullianum was not a place of incarceration as we know it today, however. Those who were unfortunate enough to be imprisoned there for a short time knew it was their last stop on the way to execution. Some more highly-visible offenders were paraded publicly before they were led to the slaughter.

Some historians have suggested that the Tullianum position overlooking the Forum was symbolic of the power of the Republic and the right of the Emperor to impose the law in the most formidable fashion. Numerous historical records, including The Works of Josephus, provide graphic descriptions of how prisoners received the most heinous punishments during their internment, including physical abuse and starvation.

A focal point of Christian pilgrimage at least since the Middle Ages, the Renaissance church of San Giuseppe dei Falegnami was constructed atop the prison—one reason why the structure underneath is so easy to miss. However, Patrizia Fortini and her team found frescoes and other evidence that associated the site with the veneration of Peter and Paul from the earliest centuries A.D. The archaeologist confirmed in an article that appeared in Business Trends Around the Globe, “Our findings do not prove that Peter was held in the Mamertine Prison. However, they support historical sources that refer to the presence at this site of the early church of San Pietro in Carcere. This church was built in 314 AD by Pope Silvester I.”

In other words, while no specific evidence has been found that places either Peter or Paul inside the Tullianum, logic may infer their imprisonment there. For one thing, as early as the 4th century, Christian tradition held to that belief.

More importantly, the Tullianum held those deemed the vilest offenders against the Roman empire. Nero, the fifth Roman emperor, ruling from 54 to 68 A.D. was, arguably, the most treacherous of the twelve Roman emperors. During his reign, Christians refused to ascribe absolute power or divinity to him, because they held to a conviction that only God deserved that kind of worship. The emperor would have considered their beliefs and practices disloyal to him as much as to the empire.

Thus, Nero would have treated Christian leadership as enemies of the state and a threat to the empire. Historians agree that he used Christians as scapegoats for the burning of Rome in 64 A.D. The Tullianum would have been the most likely place to sequester Peter and Paul until their execution given its position overlooking the Forum and the seriousness of their “crimes.”

Whether or not the Mamertine Prison was the actual place of Peter’s and Paul’s imprisonment, their lives are a testimony to a persevering faith. In addition, the prison gives us an interesting view into the antiquity of Rome and a sense of what crime and punishment entailed in the harsh realities of 1st-century Rome. The prison provides much to ponder and merits a stop on your next visit to Rome.