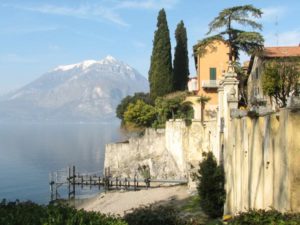 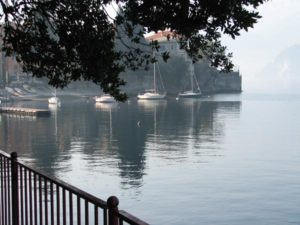 Lake Como from the Passerella

The project for the Waldensian Series began with an idea on a family trip (as so many of my ideas come about) to Europe in 2001. We were in the north of Italy and staying at a lakeside hotel in Varenna on Lake Como for two days. I became enamored with the beauty of the place and thought it would be a great setting for a book.

Fast forward several years. Remembering the lovely setting on Lake Como, I went in search of a story. My research led me to a lesser-known, pre-reformation Christian sect called the Waldensians or Valdese—valley dwellers—who lived in the Savoy region between the French and Italian Alps. Foxe’s Book of Martyrs dedicates less than a page to their story, yet this relatively obscure people had a great impact on Christian Europe during the second millennium and helped set the stage for the Reformation in the sixteenth century. Their story of enduring faith and valor high in the Cottian Alps captivated my attention. I had to return to Italy to investigate further. 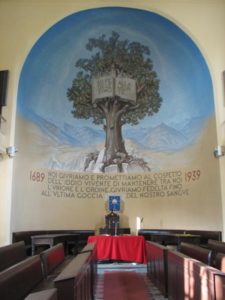 Some say this courageous group banded together in 1170 A.D. under Peter Waldo who took a vow of poverty and defied the Roman Church. Others have suggested that these great men and women of faith hail from the first-century church and carried on the traditions of their ancestors throughout the first two millennia A.D. After spending a number of days combing the area, I believed the Waldensian story needed to be told.

Rather than setting the Waldensian story several centuries in the past, I chose to bring their story to life in a contemporary romantic suspense series. I wanted to create compelling circumstances for my protagonists in the present that mimicked a need for enduring faith and valor that their ancestors had demonstrated to stay the course in the past. 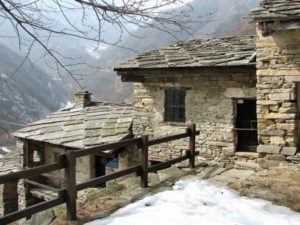 School of the Barba, Bobbio Pellice

Thus, in Light Out of Darkness, a prestigious art exhibition turns into a horrific spectacle when a murder sends and art curator and professor on a hunt for a highly sought-after painting. Their high-stakes race would require them to explore what mettle they were made of as they followed clues to the Waldensian Valleys and how they would respond to profound loss. 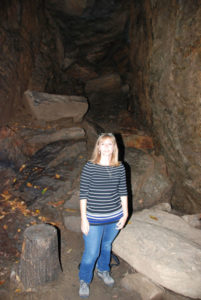 In Undaunted Valor, when Alessandro Marianni’s grandmother Luciana is kidnapped, he and Jamie have to scale ominous heights to find Luciana before it’s too late. The clues will be found in unanticipated places and with unexpected allies and require them to discover what it means to trust God with undaunted valor.

A remnant of Waldensians still exists in their home valleys in Italy. But one doesn’t have to go that far if they live in North America. There is a community of Waldensians that lives in Valdese, North Carolina. Each summer they reproduce their history in an outdoor amphitheater where they present From This Day Forward. They’ve also constructed to scale an outdoor replica of the historical sites in Italy on their Trail of Faith. There are also other Waldensian related museums as well as things to do at the foot of the Blue Ridge Mountains. Visit www.visitvaldese.com to get more information. 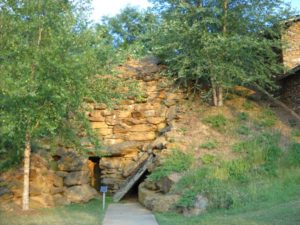 Replica of the Cave of Faith-Valdese, N.C. 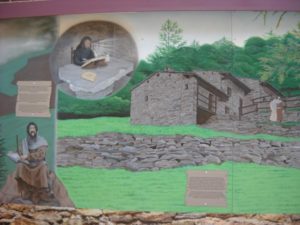