A Song of Deliverance, Book 1 in the Singing Silver Mine Trilogy, came to life on a family trip to Ireland in the summer of 2018. We had climbed a hill overlooking the Atlantic Ocean, and I could imagine an Irish woman, her long, amber curls flying about her cheeks, peering out from the same spot on the hill.

The woman, who came to be known to me as Anna Katherine O’Sullivan, had been born into poverty, and like the mighty winds that had swept across her beloved Irish landscape, she could not alter the forces of change at work in her world. Without a dowry in 1870s Dingle, Ireland, her only choice was to emigrate to America. 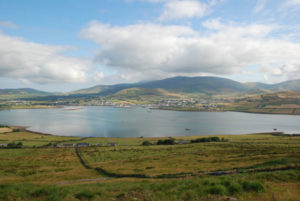 Dingle Across the Harbor

I left Ireland unable to get the story concept out of my mind. By October, I made a trip to Georgetown, Colorado—within driving distance of where I live—to scope out the major setting for my new book and series. 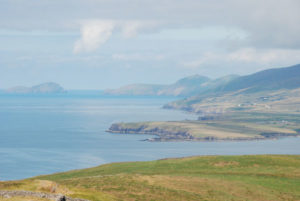 Georgetown seemed a fitting place for Anna to land, since the town had a major role in putting the Territory of Colorado on the map due to the silver mining industry that exploded in the geography of the Rocky Mountains in the 1870s. In addition, numerous well-known historical Colorado names came from that era. My research notes from combing the town and its various museums were great fodder for developing a series rich in Colorado history as well as characters who populated the place.

I’ve returned to Georgetown several times to conduct more research and talk to locals. The people of Historic Georgetown, Inc.—as well as historian and author of The Rise of the Silver Queen, Christine Bradley—have been instrumental for providing information and giving feedback on historically plausible scenarios. 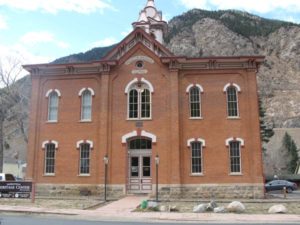 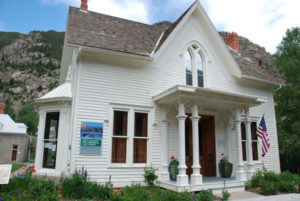 I hope you will enjoy this wonderfully heartwarming first book about Anna Katherine O’Sullivan. Born into poverty with no dowry and no hope of an approved marriage, she leaves Ireland and the love of her life behind, expecting a good life with her aunt and uncle in Georgetown, Colorado. But when tragedy strikes in her new home, she must come by her new beginnings God’s way—a way she could never have imagined on her own.

Where does A Song of Deliverance and the series stand now?

The manuscript for A Song of Deliverance, Book 1 in the Silver Singing Mine Trilogy, has been edited and is ready for publication. The series is in process of finding a literary agent or publishing house. I look forward to the day I can report that it’s found a good home. I appreciate your prayers in that regard and will keep you up-to-date as I know more. In the meantime, Book II has been started and is progressing nicely with approximately 18,000 words written.

If you would like to get up-to-date reports on the progress of the series, please click on the Progress Button Below.

The Singing Silver Mine Trilogy
Phase:Writing
100%
Get Book Updates
MyBookProgress by Author Media