Last week, I began a new blog series, focusing on historical and cultural sites around the world that have captivated my interest. I began with a two-part series “From Dingle, Ireland to Georgetown, Colorado,” exploring the Dingle Peninsula where my protagonist, Anna Katherine O’Sullivan had come from in my Singing Silver Mine Trilogy. Today, I’m exploring the glorious majesty of the Colorado Rockies, the immigrants who came to tame them, and the people who populated the territory before the white man moved in.
While the Dingle Peninsula of County Kerry had the tallest mountains in all Ireland, the tallest peak only rose to thirty-four hundred feet. Yet, as Anna rode south to Denver aboard the Denver Pacific Railway from Cheyenne, Wyoming in October, she would have seen mountains rising to more than fourteen thousand feet formed in ages past by tectonic and glacial activity. Her eyes must have grown as wide as the grand peaks she saw. She wouldn’t have been the first European to feast her eyes on those peaks, however. 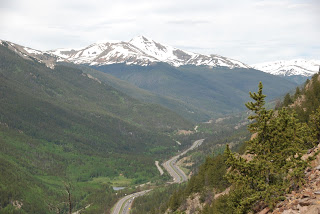 View of the Continental Divide from Brown  Mountain near Georgetown–Summer
In the mid-nineteenth century, many of these mountains were denuded to build mines and housing.

The Spanish Conquistadores occupied Colorado in the seventeenth-century and annexed it into the province of Santa Fe de Nuevo México as part of the Viceroyalty of New Spain.  It wasn’t until 1846 when the United States went to war with Mexico that a treaty was finally reached in 1848, giving the territory to the United States.

Most white settlers avoided the rugged terrain, until 1858 when a party from California discovered gold around Pikes Peak. More than one thousand people converged on the Territory of Colorado to find gold. Within a decade, hard rock gold, silver, and other minerals, including coal, gave impetus for prospecting. Some grew rich; most didn’t. Immigrants from Scandinavia, Scotland, Ireland, Italy, Germany, and Russia provided labor for mining, railroads, and farming. Experts in mining technology from Europe flocked to exploit the land. In August 1876, Colorado officially became the thirty-eight state of the union.

When the Spanish first arrived, they set up a system of trade with Native Americans, and between 1832 – 1856 traders, trappers, and settlers established trading posts along the Arkansas, South Platte, and Sain Vrain Rivers, carrying on a robust trade. Most prominent among them were the Cheyenne, Arapaho, and Ute who lived on the plains and moved west along the Front Range of the Colroado mountains, or in the south near New Mexico. These people had their own colorful culture, customs, and religious traditions.

Yet, with immigration came increased pressures for land and resources. Native Americans were pushed off their lands, their sacred burial grounds trampled, diseases like tuberculosis raged through their tribes, and treaties were signed and broken. Cheyenne and Arapaho joined forces against the calvary as skirmishes took place, the two deadliest being the Sand Creek (1864) and Summit Springs (1869) against the Native Americans. Though eventually Native Americans reluctantly accepted reallocation to reservations, strife continued through the twentieth century.

In the twenty-first century, great strides have been made to educate people about Native American culture and traditions, such as the Denver Indian Market & Southwest Art Fest held every January to bridge the gap. If the history of humanity teaches us anything, it ought to be to value and respect all human life, created in the image of God, wherever it may be found. 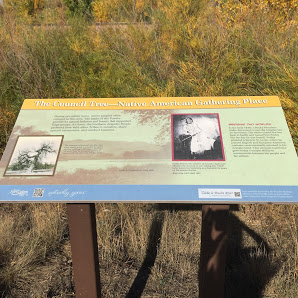