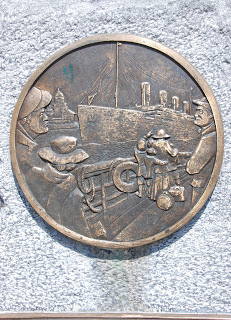 No one can argue the significance of that fateful night on April 14, 1912 when the Titanic went down in history as one of the most tragic ship wrecks of all time. The enormity of it—the sequence of events, the intricacies of the lives of those who survived and those who did not, the dynamics of how the ship sank—has captured the fascination of scientists, the imagination of writers and film makers, and the allure of you and me alike.

The Titanic first caught our daughter’s attention in second grade. Later that summer, we visited the Museum of Science and Industry in Chicago and toured Titanic’s traveling display. As we entered, everyone received a ticket with the name of a real person who had been aboard ship. At the end, we looked for our names on a wall containing all 2,240 passengers and crew to find out if they had been one of the fortunate 706 “souls” who’d survived. Stephanie and I had survived. My husband had not–a staggering and sobering thought. 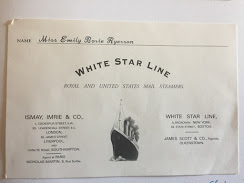 Ticket for Passage on the Titanic

Separating fact from fiction can be tricky, given conflicting accounts, recent advancements in science and technology, and the tendency to romanticize the dramatic events in books and film. Still, you may be surprised to learn some little-known trivia.

First, the Titianic made two Ports of Call after leaving Southhampton, England with 1,647 passengers. In Cherbourg, France twenty-four people disembarked and 281 more boarded. The second and last Port of Call was Queenstown, Ireland, renamed Cobh in 1920. At Cobh (pronounced cove), seven passengers left the ship—a Jesuit priest and a family named Odell—and 123 passengers came on ship.

In 2009, we visited Cobh where the Titanic Trail, led by Dr. Michael Martin, still lures tourists today. The trail has made Cobh one of Ireland’s top tourist destinations, and provides a provocative walking tour of its role in the unfolding of the Titantic’s journey. 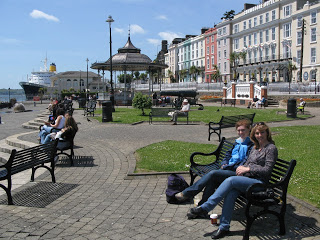 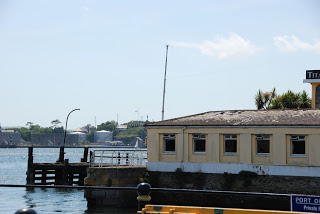 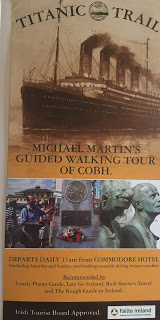 Cobh is also the second largest natural harbor in the world. Therefore, it played a great part in sending off emigrant ships for America between the 1830s and the early twentieth century, many of whom ended up in Colorado’s mining camps. Some of Titanic’s third-class passengers who died were emigrants, hoping for a better life in America. Incidentally, my protagonist, Anna O’Sullivan in A Song of Deliverance, took the boat from Queenstown to America in 1872 before settling in Georgetown, Colorado.

Another well documented story involves Margaret (aka Molly) Brown’s undertaking to keep Titanic’s passengers calm as they got into lifeboats. Though The Unsinkable Molly Brown, bears little fact, the production’s popularity shot Molly to greater prominence than she’d had before as a socialite and wealthy wife of a Colorado mining baron.

Born in Missouri to Irish immigrants in 1867, Molly moved to Leadville, Colorado, sixty miles from Georgetown, hoping to catch a wealthy miner. She met and married James Joseph Brown in 1886, where a huge population of Irish immigrants had settled, though he had little more than she did, having also been born of poor Irish immigrants.

But fate would be on Molly’s side, since J.J. had determined to make something of himself and, over time, made his mining fortune in Colorado. J.J. and Molly moved to Denver in 1894, and included members of the Brown and Tobin families in their mining and philanthropic endeavors. The Molly Brown House Museum in Denver is open to the public and includes history about Molly’s experiences on the Titanic. 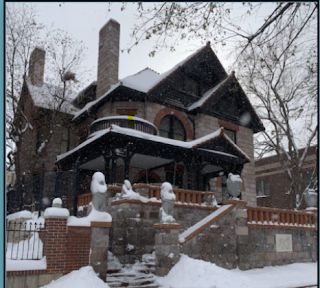 I have to admit that I’m tempted to add a little historical fiction of my own to the Titanic story. I suspect that at some point, Molly and Anna met in the late nineteenth century, having come from Irish descent and marrying mining moguls in the Rocky Mountains of Colorado. It would make for another good historical fiction series, don’t you think?